This guide is designed to assist the classes that are talking about Frankenstein.

All literary definitions are taken from Merriam Webster's Encyclopedia of Literature.

Gothic: Of or relating to a late 18th and early 19th century style of fiction characterized by the use of medieval settings, a murky atmosphere of horror and gloom, and macabre, mysterious, and violent incidents.

Romanticism: A literary, artistic, and philosophical movement originating in Europe in the 18th century that emphasized the individual, the subjective, the irrational, the imaginative, the personal, the spontaneous, the emotional, the visionary, and the transcendental.

Scientific Revolution: "Scientific Revolution" refers to historical changes in thought & belief, to changes in social & institutional organization, that unfolded in Europe between roughly 1550-1700; beginning with Nicholas Copernicus (1473-1543), who asserted a heliocentric (sun-centered) cosmos, it ended with Isaac Newton (1642-1727), who proposed universal laws and a Mechanical Universe.

The novel takes place during the 18th century in Europe.  Shelley wrote the novel in the 19th century.  The following books can give you an idea about this time period and what was going on worldwide.

These books are shelved in the first floor reference collection.  They may be used in-house or you may photocopy pages of interest.

One of your friendly librarians 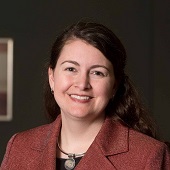